UK pop-punk band Safeguard released their latest EP "I'm A Stranger to Myself" via Wilhelm Records this past Friday. If you haven't given it a listen yes and are wondering if you should, here's what we think of the band's latest piece. The EP starts out with Crux, a dramatic instrumental track that serves as the intro for the following tracks. Crux is a bold track that, unlike many intro tracks I've previously encountered, loses nothing from its lack of lyrics Crux then flows

Following their typical trend of going radio-silent between records, The All-American Rejects have finally emerged again. After months of hinting new music with bizarre "Please Standby" pictures, they've released a new music "movie." Beginning with a skimpily dressed Tyson Ritter strutting his stuff on the sidewalk with his fellow working girls, it's a bizarre scene that leaves fans confused about their attraction. At a whopping 11+ minutes, it's difficult to classify this as

The newly formed electronic-pop act HOTEL SEX is causing a scene with the debut of their brand-new, unfiltered single, “Explode.” Today, the duo has partnered with NakidMagazine.com to premiere a provocative new video for the single, which boasts satanic rituals, milk facials, rabbits playing keytars and penis puppets! Watch the video for “Explode” now at NakidMagazine.com: http://bit.ly/2suA2XQ “"Explode" is essentially a song about a bad guy, and a girl who, in the end, tur 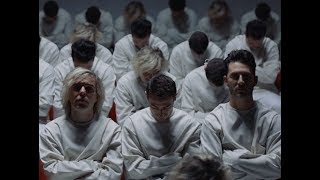 New Politics Release Music Video for "One of Us"

With the first day of summer having finally arrived, New Politics has finally given us the music video for their latest release "One of Us." A song all about being a part of New Politics's weird and wonderful out-of-the-in-crowd has finally got a sick music video for fans to enjoy with the band's catchy and quirky lyrics. Beginning with singer David Boyd awkwardly entering stage, looking dashing in a suit - nothing at all like his usual on-stage presence of smiling, dancing, 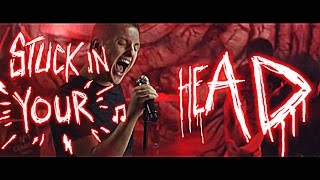 I Prevail Premieres Music Video For Single "Stuck In Your Head"

Detroit Rock band, I Prevail released their debut album, Lifelines, last week through Fearless Records. Now, they've released a music video for their single "Stuck In Your Head," which was released this past weekend. I Prevail made waves with their first EP, Heart vs. Mind, which included a cover of Taylor Swift's "Blank Space" which was streamed 27 million+ times and is certified gold. In an effort to solidify their place in the mainstream music scene, they released Lifeline 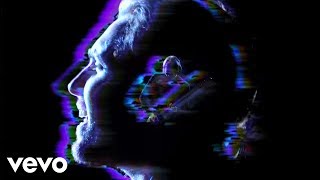 You Me At Six Premieres Music Video for 'Night People'

British rock band, You Me At Six, has just released the music video for their 5th album "Night People." The band, comprised of Josh Franceschi, Max Helyer, Chris Miller, Matt Barnes, and Dan Flint, released the music video earlier today. The song, sharing the same name as the album, is the first track off the record, which was announced just a few weeks ago. You can check out the video below: Other tracks off the record are as follows: Night People Plus One Heavy Soul Take On

New Jersey rock band Can’t Swim has premiered a new video for their song “Come Home” today at RockSound.tv. The track is featured on the band’s recently released EP, Death Deserves A Name, which is available now from Pure Noise Records. Fans can purchase the album now at iTunes and http://cantswim.merchnow.com/. Watch the video for “Come Home” now at http://bit.ly/29Cefoy “The music video for “Come Home” came together in a rather accidental way. We were shooting ideas back an

Rising rock band Crown The Empire is on the cusp of major mainstream breakout success with their upcoming album, Retrograde, which will be released on July 22nd via Rise Records. In anticipation today, the band has premiered a video for a brand new song called “Hologram.” Fans are also invited to pre-order the record now at iTunes and cte.merchnow.com. Watch the video for “Hologram” now at https://youtu.be/4-U5JoHuw_A “”Hologram” could only be written after touring 200+ days

Heyrocco Premieres Music Video for "Build It Up"

An indie rock band on the up and up, Heyrocco, has just released a new music video to go along with their song "Build It Up" at AmericanSongwriter.com. "Build It Up" is a song off of the band's latest EP, Waiting On Cool, released late last month on Dine Alone Records. "Our video for Build It Up was calling for buildings falling and fiery explosions. Since we don’t live in LA with a big budget, we had to approach it differently. Nathan's pen pal in Japan put on a Godzilla sui 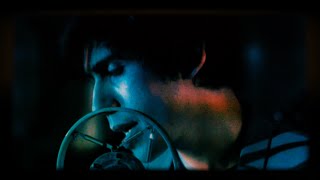 June 10, 2016 – Los Angeles, CA – Rock band Crown The Empire has debuted a video for their first new song, “Zero,” today from their highly-anticipated, forthcoming album, Retrograde, that’s due out on July 22nd via Rise Records. Fans can pre-order the record now at cte.merchnow.com. “We wrote this song specifically for our longtime fans. We feel that the song's explosive energy coupled with the psychedelic production and video really puts our best foot forward to give the lis
1
2